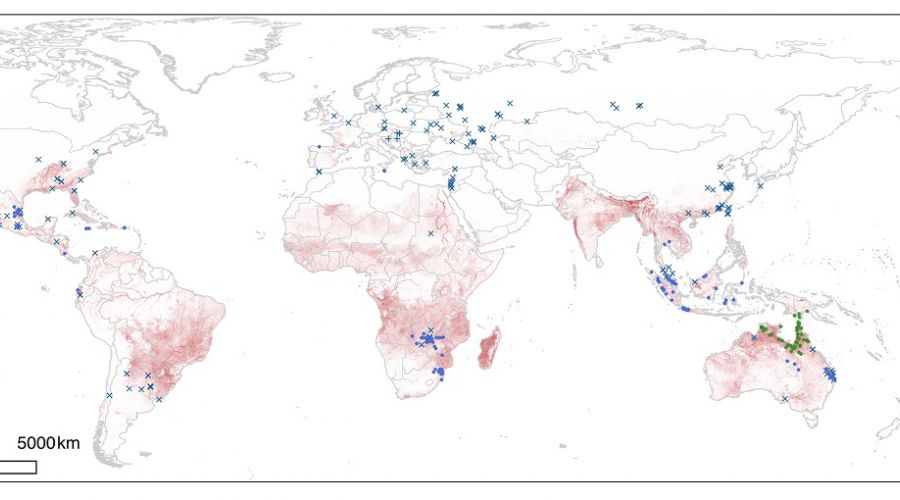 The redclaw crayfish, native to northern Australia and southern New Guinea, is among the largest freshwater decapods. It matures early and is highly fertile. Despite generally preferring slow-moving streams in its native range, it has a broad environmental tolerance, making it capable of establishing populations when introduced to a wide range of conditions and habitats. These biological and ecological features render it a highly suitable and popular species for aquaculture worldwide, the second most important crayfish species (after the red swamp crayfish). Also, its unique colouration fuels demand and value among aquarium enthusiasts, making it attractive for the aquarium pet trade. Today, redclaw is widely translocated (67 countries/territories), and various established wild populations (22 countries) have been reported worldwide. Information on its potential or observed impacts, however, is sparse and often anecdotal. To address this gap, we compiled a comprehensive review on this species, covering its taxonomy and description, biology and ecology, and distribution accompanied with documented introduction pathways. Based on these, biological and socio-economic classifications and species distribution modelling were conducted. We call attention to the importance of managing this prominent introduced species in the aquaculture and aquarium pet trade.

Detailed information can be found in following articles:

Potential distribution of redclaw projected globally based on both introduced and native populations.

Back to: Our achievments